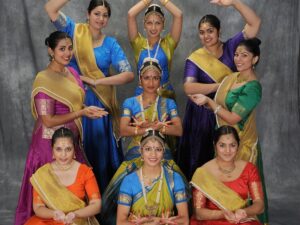 The India School of Dance, Music and Theatre Inc.  promotes East Indian visual and performing arts through cultural activities, performances and artistry throughout Manitoba. The school presents classical and modern Indian plays and dance dramas that are adapted for a Canadian context. The combination of music, glamorous costumes, graceful movements, expressions and beautiful performers tell many stories to the audiences they perform for.

Created in 1980 by the India Association, the company has grown to teach over 150 students. The dancers have competed and won numerous awards at the Manitoba Provincial Dance Festival. They have also performed across Canada and the United States for events such as the 1999 Pan American Games and Folklorama.

In 2015, the group proudly represented Folklorama and Canada at the Zacatecas International Folkloric Festival in Zacatecas, Mexico.