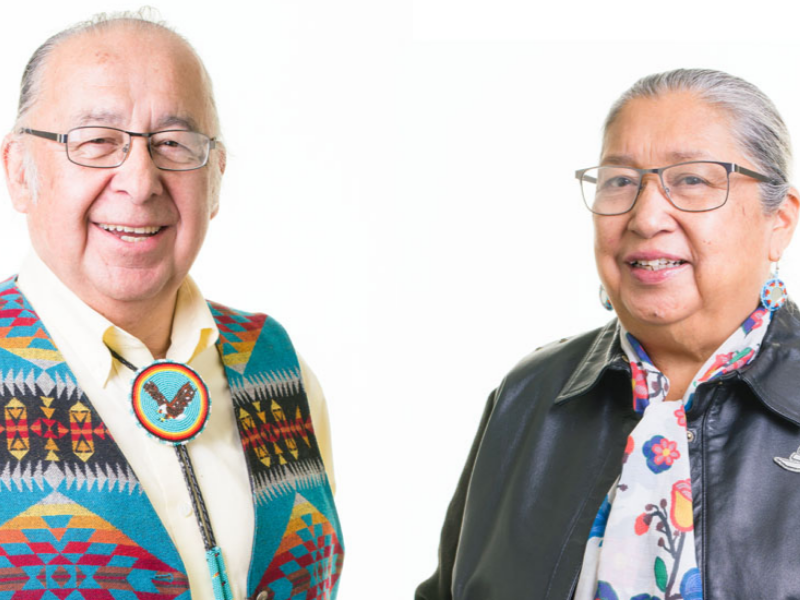 Elder Barbara Nepinak and Elder Clarence Nepinak are both band members of the Pine Creek Ojibway First Nation and are retired from long, successful careers in Provincial/Federal public service. The Nepinaks are active in various cultural organizations, such as serving on the Special Indigenous Advisory Council to the Canadian Museum for Human Rights. The couple have been a staple at The Forks for over two decades, where people can visit the couple in their teepee, eat down warm bannock, and learn about Indigenous culture.

Barbara Nepinak is the Founder and Coordinator (along with her husband, Clarence) of the well-respected Summer Bear Dance Troupe, a performing group focused on educating and sharing aspects of Indigenous culture and community with audiences. In addition to their performing group, the Nepinaks also offer blessings and ritual ceremonies and have been delivering school and public programming (arts, Ojibew language instruction, storytelling and walking tours) for over 20 years.

Both Barbara and Clarence Nepinak have been the recipient of numerous awards and credits related to their work around cultural awareness, including having been the first couple presented the Order of Manitoba, the province’s highest honour.