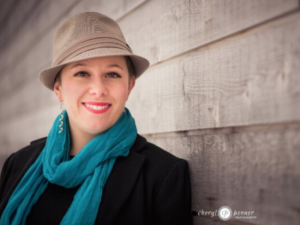 Imagine a child that always sings at the dinner table. One who gets sent outside by a mother who can only hear The Lonely Goatherder so many times. A little girl that, having played a song on the piano with her fingers, tries it with her toes.  This same child follows her family around the globe, from adventures in Australia, to climbing the Grand Canyon, to getting trapped in Mayan caves. Such an upbringing is sure to release a unique and fiery personality.

Adventure, discovery, and joy culminate in the music of Amber Epp. All at once alluring and uplifting, Amber shares her joy for life and excitement in the undiscovered in each performance. With heartstrings pulled by the freedom of jazz and the rhythm of Latin music, she unites her favorite styles in a delightful way.

Epp first encountered Latin music in Canada, but it was not until she moved to Cuba that she discovered her Latin soul. Singing in the open-air patios of Old Havana fueled the fire for this contagiously rhythmic music. Her mastery of Latin Jazz conveys her infectious passion.

A trip to New York City sparked the fire for jazz; now Epp leaves a blazing trail wherever she performs. Inspired by jazz greats like Ella Fitzgerald, modern singers like Dianne Reeves, and new discoveries like Gretchen Parlato, Epp’s gift for music, improvising, and languages ignites every song.

Epp gets crowds up dancing with Trio Bembe, shakes it up with Steve Kirby’s Jazz on Wheels, and belts it out with Papa Mambo and the Winnipeg Symphony Orchestra. With two Latin albums and the 2011 Western Canadian Music Award for “World Recording of the Year” (Trio Bembe) under her belt, Epp’s debut jazz album, Inside Outside, was released in Dec 2013.

Epp has an amazing ability to convey the meanings of songs in numerous languages and styles, carrying the spirit of those beautiful countries straight to the soul. With the airy lilt of Portuguese, the rolling Spanish tongue, and delightful English wit, Epp enchants her audiences, leaving them walking away with a smile on their face and a groove in their step.