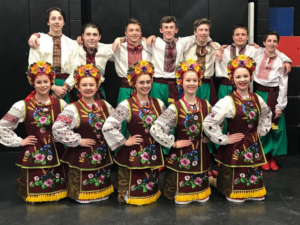 The Sopilka Ukrainian Dance School was founded in 1971, under the direction of Vicky Adams, as part of a Ukrainian language program at Holy Family Ukrainian Catholic Parish. Initially, the school was called the South Winnipeg School of Dance.

Over the years, Sopilka has continued to flourish by proudly preserving Ukrainian culture through dance.