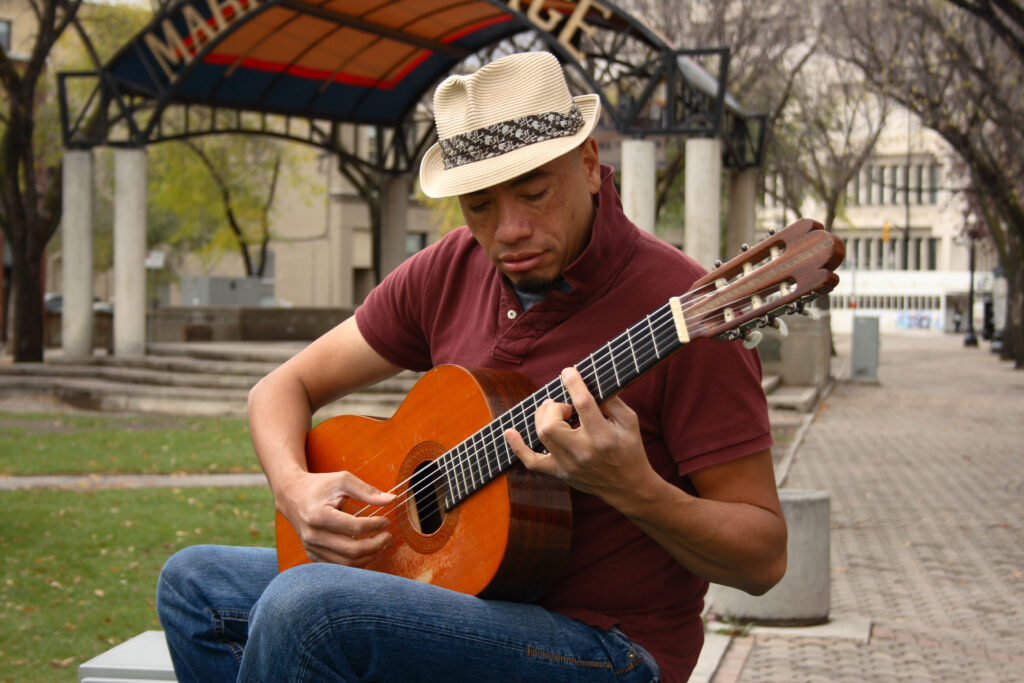 Rodrigo was 8 years old when his older sister brought a guitar into the house for the first time. She was taking guitar lessons, and she would lend the instrument to Rodrigo and let him try it out himself. He took to it right away.

Years later, he studied classical guitar in the Faculty of Music at the University of Manitoba, and eventually became a professional musician. He became enamored with Latin and Afro-Cuban music, so he formed a band in 1989 named Papa Mambo. He studied percussion in Puerto Rico and learned how to arrange for large ensembles.

Rodrigo realized that making a living as a musician was not easy, and quickly recognized the need to explore all of the different avenues available to him. When Folklorama F.A.C.E.S. started (now Folklorama Talent & Teachings), he decided to become a member. He recalls quickly getting hired for gigs after that – something he attributes to the professional handling of the staff at the organization. His band has performed across Canada and has been done high profile performances both for TV and radio.

Rodrigo simply enjoys playing and performing for audiences, and is thankful people enjoy his craft and what he is able to create, enough so that he can make a living off of it.

“Being a performer has given me the opportunity to experience so many different aspects of life, and memories I have in the thousands, most of them good and too many to try and pick one… I have found myself in front of a very large, responsive audience at times. One day I’m the star of the show and the next day, I’ll play a little gig at a restaurant for a few people that couldn’t care less if I was there or not. This makes you humble and I think that’s a good thing.”

He appreciates his continued relationship with Folklorama, as it gives him the opportunity to explore his ethnic background and roots further.