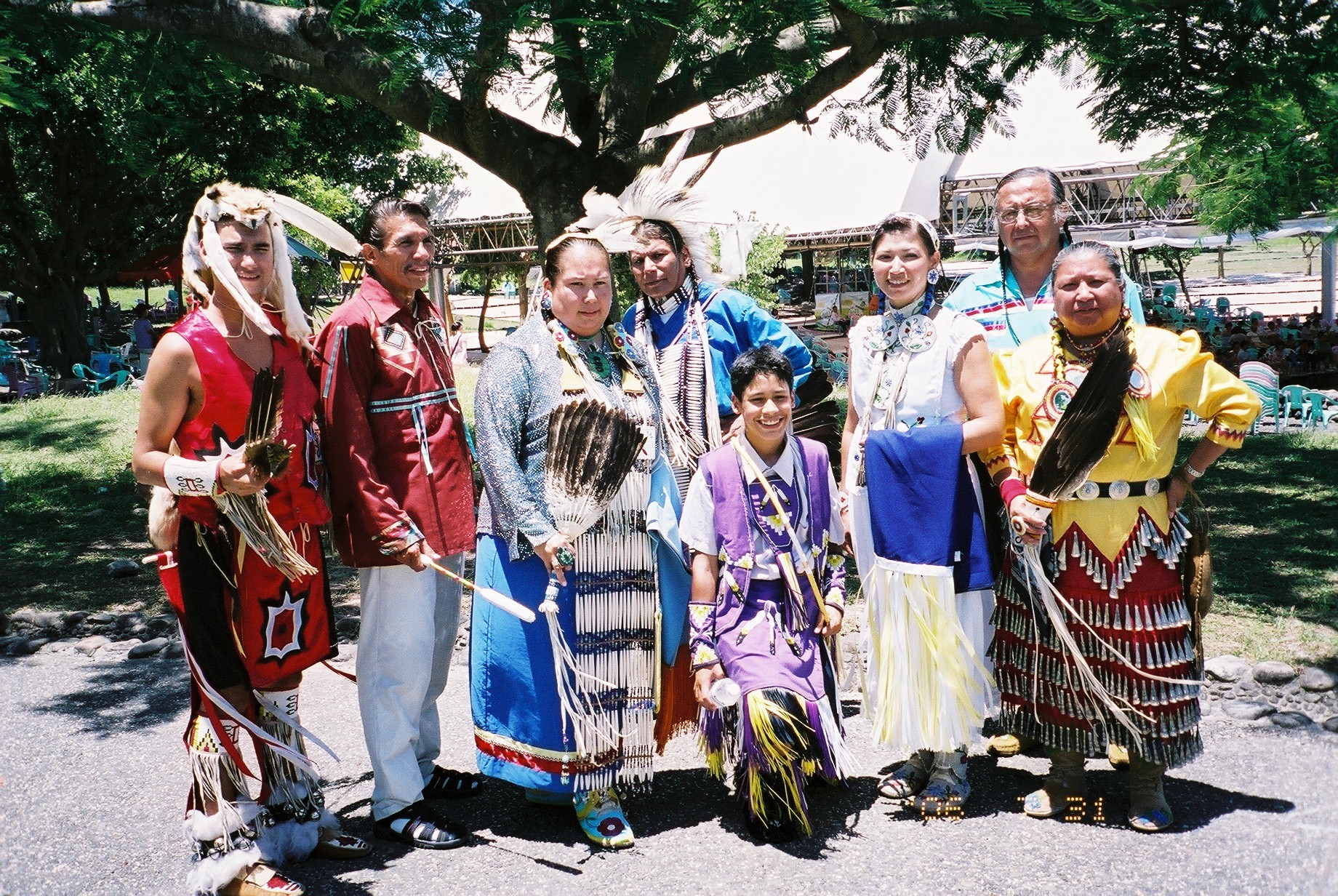 When Barbara Nepinak and her husband Clarence moved to where they live today with their family, there was no diversity in the area. As the only Indigenous family, theirs was always being singled out if there was a disturbance in the neighborhood, and their daughters were faced with racism and confrontations at school.

“Many times we went to the schools to defend our children” recalls Barbara. “One principal took interest and wanted to resolve the problem. We sat down together and brainstormed on how to deal with this in a positive way… After some discussion, we wanted to showcase our community as well as ourselves, by doing a dance demonstration.”

With the help of their network and friends, and the late Vickie Runearth, they collaborated with community people and family; Barbara was able to gather twenty dancers and singers to perform, while Vickie Runearth emceed. Vickie explained the meaning behind the dances, songs and categories as the routines took place. The performance concluded with a friendship dance with over 300 kids participating.

After that, the group was invited to neighboring schools and diverse communities, and they saw the attitude in the community start to shift. The Summer Bear Dance Troupe was born, the name of the group originating from the original Ojibway name of Nepinak – “Neebin-ni-maqua”, meaning Summer Bear.

They are now a well-established performing group, focused on fostering positive relationships by educating and sharing aspects of the Aboriginal community with audiences. The Troupe performs a wide range of dances in typically handmade regalia (clothing), including the Grass Dance, the Men’s and Women’s Traditional Dance, the Fancy Feather, the Fancy Shawl Dancers, the Hoop Dance and the Jingle Dress Dancers, all while acknowledging the different regions from where the dances originated. The group also offers drumming workshops, storytelling, miniature teepee making workshops, and hoop dance workshops to promote openness and acceptance.

The Summer Bear Dance Troupe was approached by Folklorama in 1996 and asked to join as a member, as an avenue that would provide them with even more opportunities to showcase their talents in a safe and positive way. Being immersed in a multicultural organization allows group leader, Barbara, to interact with different cultural groups, something she deeply enjoys doing. She says more often than not they find commonalities between them.

The Troupe have been invited to perform all over Manitoba, including Churchill, and have been flown into isolated regions of the province to present. They’ve also been requested internationally, performing in places as far away as Auckland, New Zealand, Rio de Janeiro, Brazil, Adelaide, Australia, Santiago, Chile, Malaysia, Sweden, Taiwan, various cities across the United States, and more! While there have been many wonderful memories made, Barbara alludes that there are always challenges that come with it. When travelling abroad, Barbara keeps the protocols that vary from country to country at the forefront of her mind, and instils open-mindedness, cultural sensitivity and to always be respectful of other cultures in her dancers – something she feels must be embodied while teaching about their own.

Today, The Summer Bear Dance Troupe is comprised of Ojibway, Cree, Assiniboine, and Sioux tribes and three generations of Nepinak’s – Barbara, her daughters, and now, her granddaughter. Barbara has been the recipient of numerous awards related to her constructive work around cultural awareness, and The Troupe was presented with the first Aboriginal Tourism Award.

You can always find The Summer Bear Dance Troupe out in the community providing teachings and cultural awareness, including annual performances at Folklorama and The Forks Summer Solstice Celebration.