Our Stories
Folklorama / At School / Storytelling with TiBert le Voyageur 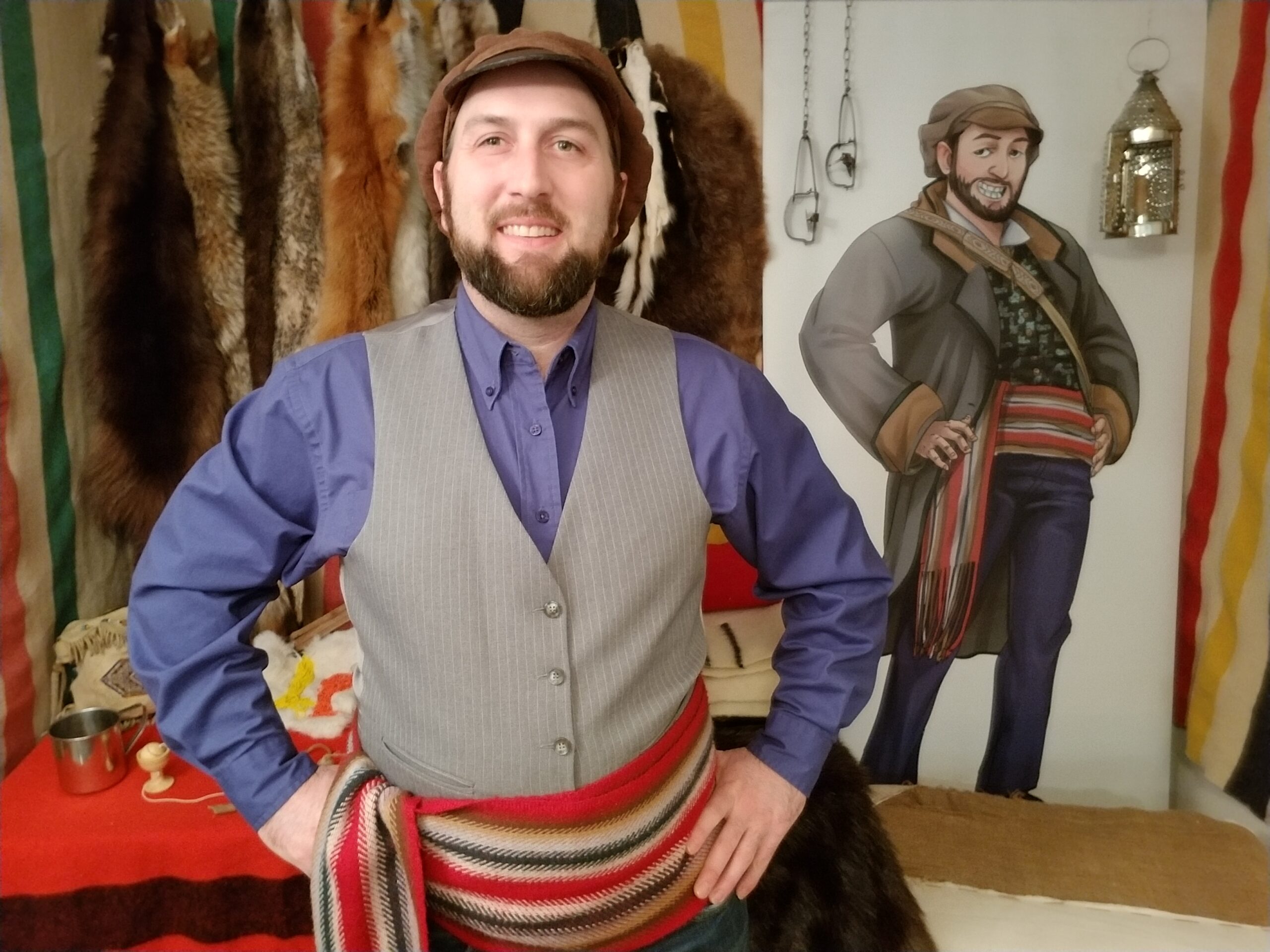 Raised in a Franco-Manitoban Metis family, Rob Malo, widely known as TiBert le Voyageur, has been active in the community as a positive mentor for many years. Known for his storytelling, song, juggling performances, and larger-than-life stage presence, Rob has been busy bridging communities, teaching culture, building mutual respect, and putting smiles on children’s faces.

Rob worked at the Manitoba Museum for many years, but decided he wanted to share his “Joie de vivre” with as many fellow Manitobans as possible. So, he took his cultures, music, poems, stories and juggling into schools – where TiBert le Voyageur was created.

Rob’s passion for his work shines through during each performance; he works tirelessly, always practising and dreaming up new, unique ways to make his educational teachings engaging. He travels from school to school, entertaining gyms full of children and often stops in to visit individual classrooms and conduct more teachings afterwards. While this would be draining for so many, Rob’s desire to educate fuels his drive to continue on.

If you’ve been lucky enough to see him in action, you’d know there is so much to learn from his performances. He says his one wish for his audiences is “to recognize each other as individuals working towards a common future where we work together to overcome adversity.” Something, he recognizes, Folklorama encourages their performers to embody and bring out into the community with them.

Folklorama’s mission of sharing in each other’s cultures and folklore aligns well with Rob’s artistic practice, making his decision to become a part of the Folklorama Teachings program an easy one. By being part of the organization, Rob can be confident that he is not alone in his goal to make a positive impact in the community and effectuate change by being a good role model to the future leaders in society.

Rob’s favourite part of being a Folklorama performer is when he gets to be in the audience, watching and learning from other performers from different cultural backgrounds as they showcase their own skills through dance, singing, stories and all other types of performances.

This unprecedented time we are currently in has been an adjustment for all. Innovative creators such as Rob have switched gears and put their practices in the online realm. TiBert le Voyageur is now offering virtual classroom visits from his home studio, or Trading Post, as he likes to call it. Invite TiBert to engage your at-home students by using your favourite group conferencing platform, where your virtual classroom can learn all about interesting interpretations of voyageur objects and furs, hear music that is sure to get participants dancing in their homes, and work together to create interactive stories to keep the whole crew involved.

If you are interested in booking TiBert le Voyageur, please contact Christian at chidago-mazzei@folklorama.ca or call him at 204-982-6226.