Our Stories
Folklorama / Featured / Bringing the Tropics to Manitoba: Clyde Heerah and the Paradize Band

Bringing the Tropics to Manitoba: Clyde Heerah and the Paradize Band 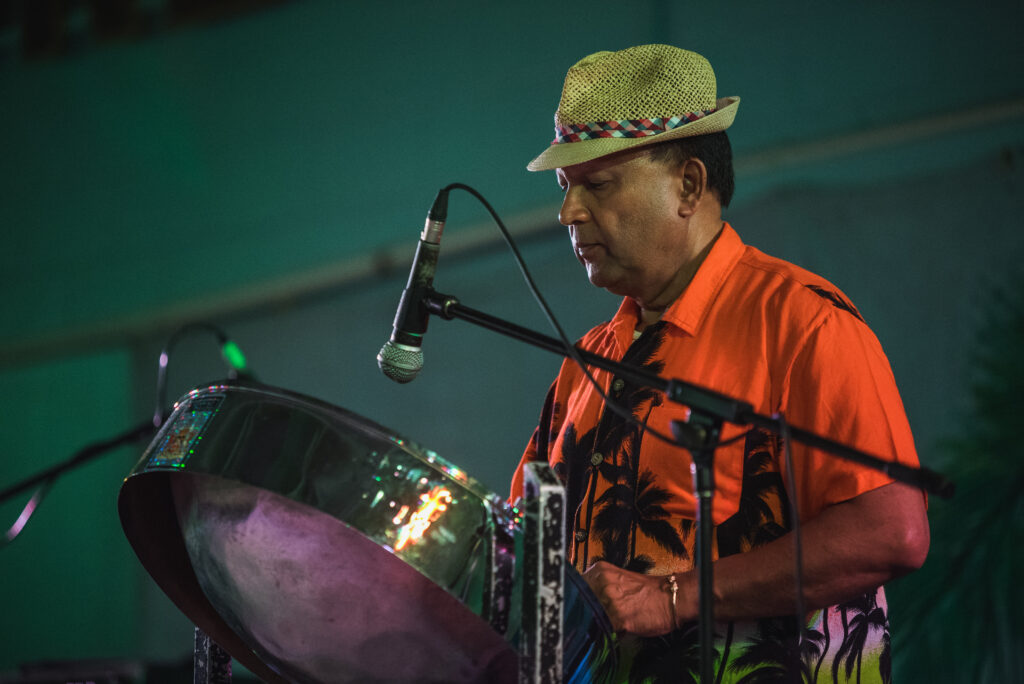 Nothing brightens a cold, Winnipeg winter day quite like the sweet sounds of steel pan drums, and for Clyde Heerah and the Paradize Band, playing them is a passion that warms their soul.


In the mid-forties, with the absence of conventional musical instruments, a gentleman by the name of Spree created the first steel drum instrument by using biscuit drums from England and later on was switched to the oil drums because the island’s richness in oil.

At an early age, Heerah emigrated from the island of Trinidad and Tobago. After school on weekends Heerah and some of his classmates would get together and have a jam session. It was the beginning of playing music in Winnipeg. The Paradize Band of Winnipeg was formed.

The band was playing at venues here and there when they heard that Folklorama was starting up a local performer agency.

“Someone had suggested that I enquire about this new Folklorama organization”, states Heerah. “Since my band had a cultural Caribbean sound performing calypso, reggae, latin, and top 40 songs plus originals, I thought it would be a perfect fit.”

Since 1996, the Paradize Band of Winnipeg has become an integral member of Folklorama, performing at Canada Day, receptions, and teaching in schools and daycares across the city.

“Clyde is truly one of the pioneers’; he’s a steel pan extraordinaire and a staple in the African/Caribbean community”, states Christian Hidalgo-Mazzel, Agency Producer, Folklorama. “He’s devoted to the art form. He engages people in the history of his music. With his warm personality and great smile, you see his passion as he plays. He’s always eager to help and a true pleasure to work with.”

Being a part of Folklorama has meant a lot to Clyde and his band in many ways.

“Folklorama introduced us to many new and varied venues and scenarios for performances”, expresses Heerah. “Interaction with many different peoples, cultures, places, foods of the world, dances, and celebrations has been inspiring. It has been, and still is, a great learning experience to be a part of Folklorama.”

Heerah sums up the rewarding feeling of sharing culture through performing arts perfectly.

“I like sharing my talent because it gives me a feeling of accomplishment with people especially when they show a desire to learn about it. Their smiles and interest in their questions to get more information is quite gratifying.”