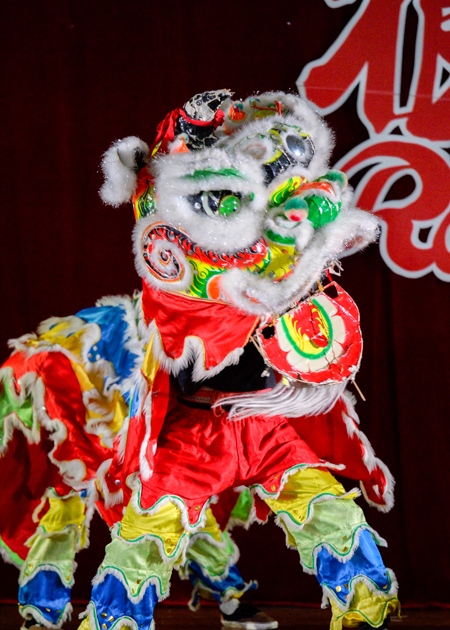 If you’ve ever had the privilege of witnessing a traditional Chinese performance before, it’s a given that the Lion Dance would have made a lasting impression.

Since merging with the Yau King Moon Kung Fu Institute under Grandmaster Richard Van in February of 2006, the WMTC has performed for a myriad of clients; from Winnipeg, Manitoba to Las Vegas, Nevada, as well as in international competitions like the Return of the Lion Kings (2006 Winnipeg, MB)

“Performing gives us a means to expand to more opportunities and to associate with other cultural groups,” states Ranie Laoag, WMTC member. “It is fun and we enjoy performing. We hope to impart some traditional Chinese culture, visually, musically and emotionally.”

With over 22 years of cultural, athletic, competitive and coaching experience, the WMTC brings to their clients one of the most electrifying and colorful performances that, without fail, brings everyone to their feet.

Wushu is the national sport of the People’s Republic of China and is the Chinese term for martial arts. Wushu routines are displayed through combative movements and acrobatics, and can be performed solo, paired, or in groups, either barehanded or equipped with traditional Chinese weapons. The Dragon & Lion acrobats were initially performed strictly for Emperors and royalty, but have since evolved into an important Chinese mythical and traditional symbol that is performed for all audiences around the world. The acrobatics are displayed by a colourful and life-like Chinese Dragon that requires up to 25 people to maneuver it and a Chinese Southern Lion that requires 2 man teams, either free style or on 9 foot poles, accompanied by the thunderous roar of the traditional Chinese drums and instruments. These performances portray Chinese culture, legends, myths and elite skills passed down from many generations. The Dragon & Lion acrobatics are believed to bring good luck, prosperity and happiness to special events and celebrations, corporate functions and cultural events.

“We wanted to become a part of Folklorama because it is a larger multicultural organization,” says Laoag. “To be a part of showcasing and educating people about the Chinese culture is special, and to expand our clientele is wonderful. Our favourite moment was performing in Peru in 2009.”