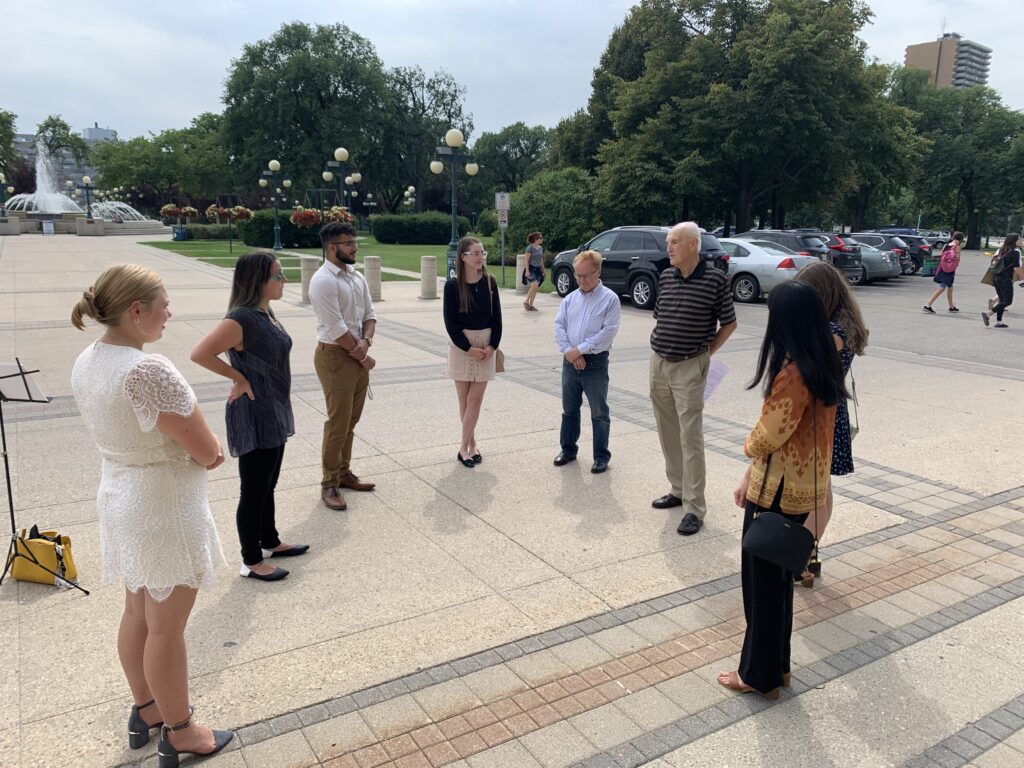 The Danzkers were long-time citizens of Winnipeg who contributed to the wellness of the community for years.

During Mr. Mark Danzker’s lifetime, he had established a fund at the Jewish Foundation of Manitoba. Mr. Lawrence Cohen, a gentleman who worked in Winnipeg as a Stockbroker for over thirty seven years, was made co-executor of the estate. Upon Mr. Danzker’s passing and once his estate was settled, in partnership with the Jewish Foundation of Manitoba, the Mark and Dorothy Danzker Perpetual Trust was established.

Over the years, Mr. Cohen and his co-trustee, who has since passed, looked at the broad Winnipeg community and allocated funds to key and in-need organizations; from United Way and the Winnipeg Symphony Orchestra, to every hospital in Winnipeg.

Over a dozen years ago, a gentleman named David Cohen (of no relation to Lawrence Cohen) sat on the Board of Directors at Folklorama and told Mr. Lawrence Cohen about the Folk Arts Council. Mr. Cohen developed the Mark & Dorothy Danzker Scholarship For Excellence, which has been granting funds for over twelve years now. Currently, the scholarship includes eight post-secondary scholarships of $1,000.00 each.

There are parameters and eligibility requirements for youth aged 17-25 who wish to apply for the scholarship. For example, they must be involved in the Folk Arts Council and demonstrate active involvement in preserving cultural heritage.

Mr. Cohen is not involved in the selection process; applicants are selected by the Scholarship Committee.

“When I’ve been invited to honour the volunteers, they asked me to present cheques to recipients,” states Lawrence Cohen. “I looked over the bios on these candidates, and I was blown away by how these young people were starting off their life cycle and what they’ve done. I’ve been very favourable about Folklorama at this time.”

When Mr. Cohen was asked what he would say to youth, specifically those who are interested in applying for the Mark & Dorothy Scholarship For Excellence or any type of funding, he said:

“Get a good education. Give back to the community. Be active in philanthropy if possible to afford it; it’s a wonderful road to go down. I always gave something to charity, no matter how small.”