High Contrast
Our Stories
Folklorama / Featured / Leading From Within the Community: An Interview with Margaret Strachan

Leading From Within the Community: An Interview with Margaret Strachan

Volunteers are the heart and soul of Folklorama; the organization would not be able to do what it does, year after year, without the hard work and time put in by our incredible volunteers. Margaret Strachan is a member of Folklorama, has sat on the Folklorama Board and various committees, and is an active volunteer at her home pavilion, the Caribbean Pavilion. We wanted to learn a bit more about her and her history as a volunteer and prominent member of the Grenadian community in Manitoba. Here’s what Margaret had to say. 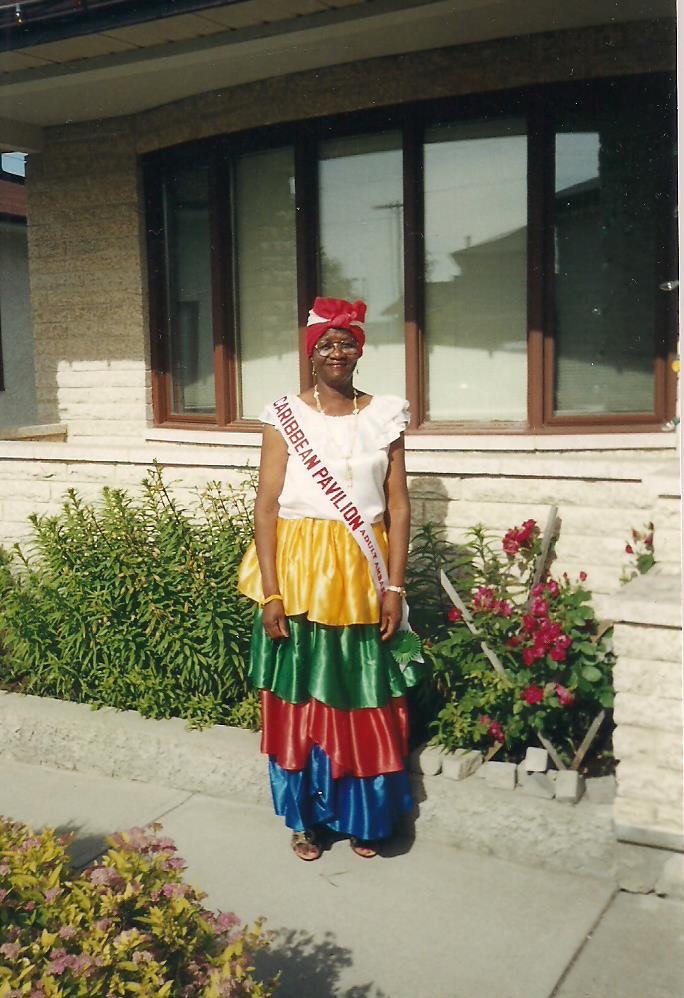 I immigrated to Winnipeg from the tiny island of Grenada in the West Indies. This island is 120 square miles with a population of about 100,000 people. Growing up there I was very involved in the community “Improvement Club”.  That’s where I participated in debates, public speaking, cultural dancing and playing the island’s sports: Netball (with tournaments around the island) and Cricket which I played just for fun and trying to prove myself with the boys. I also assisted in the planning of events for the kids and youths such as pageants and games and assisted in the annual fundraising event for my church. Here is where my professional career as a teacher began.

Can you tell us about an experience that influenced your desire to become a volunteer? Tell us how you first got involved in Folklorama and a bit about your journey.

To tell you how I got involved in Folklorama, I first have to say what led me to it. After some years in Winnipeg, the Grenadian community formed an organization “The Grenadian Association”. I was one of the founding members and served four two-year terms as President and other executive capacities. Of course, I volunteered to be the dance instructor. Once the dance group was ready to perform publicly, I sought out Folklorama to give them public exposure, which turned out to be a great beginning for them. I was interested in having the group perform at Folklorama and we were fortunate to be able to do so at the Afro-Caribbean Pavilion.

New Caribbean Island groups were also emerging and the need for unity became evident. This led to the formation of the Council of Caribbean Organizations of Manitoba. Again, I was one of the founding members and also served four two-year terms as president and held other executive positions. We then started the process of applying for The Caribbean Pavilion where each island association could be involved as an active participant. I was one of the presenters to the Folklorama Board making our case for the “Caribbean Consortium” pavilion.  I then became an Adult Ambassador and over several years did training for the Youth Ambassadors. With this level of my involvement in Folklorama, my interest peaked in my desire to serve on the Folklorama Board.  I was fortunate to serve two terms and was the Chair of the Youth Committee which was a real joy for me.

Tell us something unique about the Caribbean Pavilion/your culture!  What’s your favourite thing?

The Caribbean Pavilion is unique because it is an amalgamation of different island organizations. Each island has its own unique way of preparing the same food item by using different seasonings or preparation methods. So you are truly getting a taste of The Caribbean. For the entertainment, the Limbo is a common thread throughout most of the islands. The beautiful rich sound of the steelpan is made from steel drums that are carefully tuned in a unique way to obtain the various sounds of tenor, base, etc. This music is embraced by all of the islands.

My favorite thing in the pavilion is the opportunity to share the story of the various items in the display booth—how items are grown, prepared and used. People are so amazed to learn these things! For example, a nutmeg looks like a peach on the tree. When the nut inside is well matured, the pods opens in the middle to reveal the beautiful red mace that covers the seed. The pod is used for making jams and jellies while the mace is used for seasoning and the nutmeg seed is used in cakes and drinks. Also, the cashew nut is the only nut that is grown outside of the fruit. The fruit is eaten when ripe and the nut is dried before roasting to reveal the tasty cashew nut.

Because this article will be running during Black History month, please share what it means to you and your community to be creating awareness, promoting, and preserving your culture during February and on a year-round basis?

Black History month is such an important time to make others aware of who we are as a people but it has to go beyond awareness. We need, especially during February, to focus on the gifts and potential that one has and or brings to Canada, their community and workplace. It is difficult to change one’s physical appearance or color but given opportunities, a person can help to change how people see them from the inside. We need to provide strategies that will help new comers adjust to their new environment—things can be quite intimidating at first. So some adjustment time would be quite helpful.

We also need to get changes to be made in the schools curriculum that reflect all peoples and the contribution of Blacks in Canada. As a board member of the Council of Caribbean Organizations of Manitoba, I made a presentation to the Winnipeg School Board indicating the importance of having Black personnel in schools. We also requested that students from the Caribbean be given time for adjustment to their new environment before being tested so that they can receive the proper placement. You see, if a child from Grenada is tested when he or she first arrives at school, a question that may appear in an assessment is, for example, “Is a pear a fruit or a vegetable?”. That child would say a vegetable and that would be wrong according to Canada. What is called a pear in Grenada is called an avocado in Canada. So in Grenada that child would be correct but wrong in Canada because there is a fruit called pear. That student is not yet exposed to the fruit pear in Canada. We found that students were put in lower grades because of their early arrival tests.

I believe that presentations and projects would be good extensions to what has already been done for Black History month encouraging broad participation of a school’s population. The goal is that everyone be given the opportunity to take their rightful place in society given their gifts and talents.

I won a prize at a Folklorama event which included tickets for ‘access only’ to pavilions. One of the pavilions I selected was my own, The Caribbean Pavilion. When I went in I chose a seat among the crowd. Then one of the Folklorama Management Personnel saw me sitting there, came took me by the hand and told me to go to the reserved table. Both my husband and I were served a complimentary meal with drinks. That made me feel very special. I believe that I was being shown their appreciation for my part in the pavilion.

If someone was interested in becoming an active part of a pavilion, what advice would you give them?

That person must attend the information and training session put on by the pavilion. Select the area that the person is comfortable with to start off. The rules of the pavilion must be respected. If the area of choice is the kitchen, you must attend the Food Handlers course and receive a certificate. Be pleasant all the time and speak to others in a respectful manner. Wear some kind of cultural attire when possible.  Be flexible as situations can cause changes in assignment to be made. Be on time.