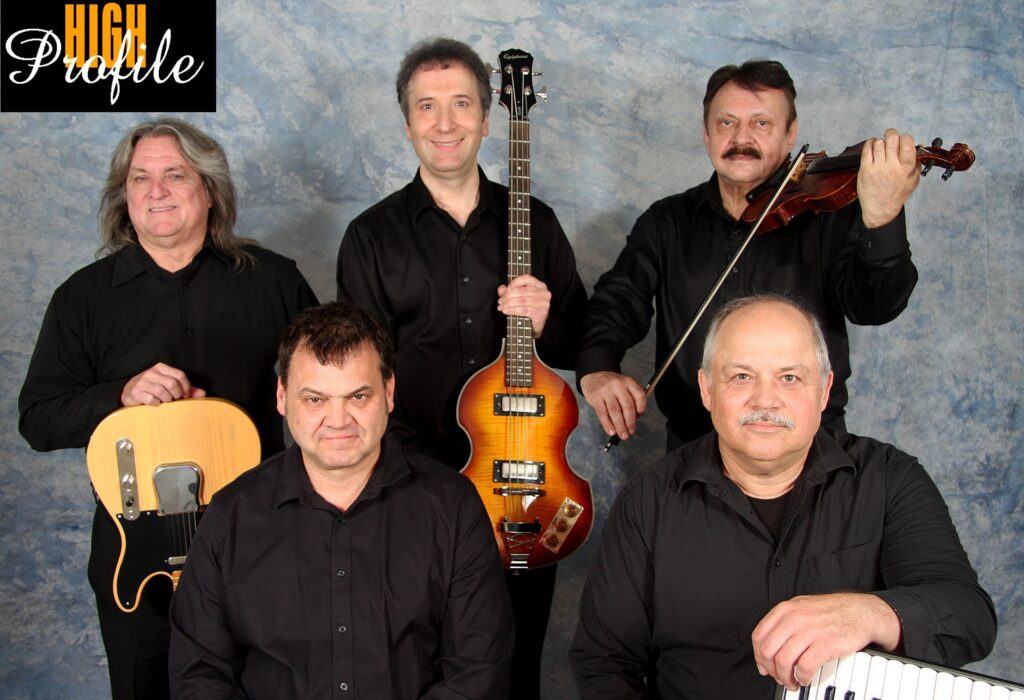 “High Profile” is excited to announce that they will be returning to Canada’s National Ukrainian Festival in Dauphin, Manitoba as a featured act from July 29th to 31st.  They will perform several Grandstand shows culminating with the largest Ukrainian party in Manitoba:  the Saturday Night Zabava (Party) at the top of the hill on the festival grounds! This will be their 4th time on the main stage. Join them if you can! Buy tickets here.

Additionally, the band has been in demand for many other special events such as weddings, Malankas, casinos, corporate functions, as well as several TV and radio appearances.

Steve, Jeff, Todd, John, and Darren look forward to performing for you all!

“High Profile” supports the people of Ukraine. слава україні! (Glory to Ukraine!) героям слава! (Glory to the heroes!). Their website is www.highprofileband.com. Watch for them performing near you and join them this summer!

About The High Profile Dance Band:

“High Profile” is a professional 5-piece dance band from Winnipeg, Manitoba that was founded by Winnipeg musician Darren Gagaluk. Since its inception over 25 years ago, “High Profile” has become one of the most versatile bands in Manitoba. Besides polkas, waltzes, schottisches, ballroom style dances, etc., the band plays contemporary music over a 50-year span which includes rock/pop, swing, country rock, and an occasional Celtic song.  The band has also recorded 3 very successful Ukrainian CDs.