The Brazil Experience in Canada: Music and Culture 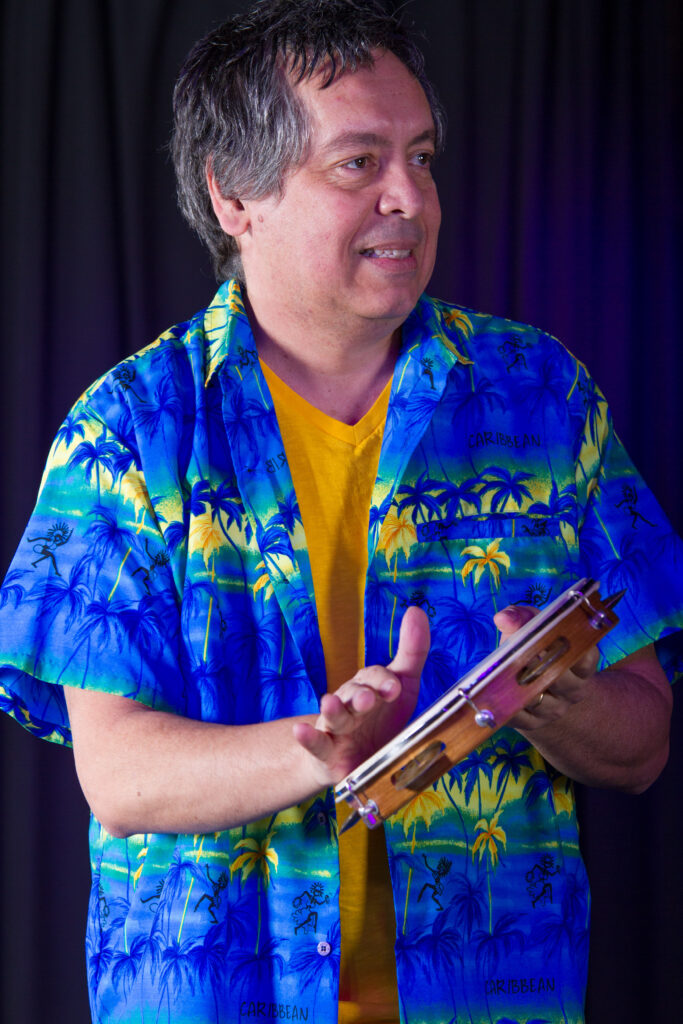 Thanks for your interest. Registration for this workshop is now closed. Should you have any questions, please reach out to marketing@folklorama.ca.

Brazil is known for its vast culture, strong music and the vibrant energy its people bring. In this workshop, Marco Castillo will bring you in on the secrets and rhythms of Rio de Janeiro, and see how the unique concoction of African culture and European influence makes Brazilian music one-of-a-kind. Come be a part of the rhythm, the music, and the celebration with a passionate artist plucked from the heart of Brazil, Rio de Janeiro — the world’s capital of Samba and Carnaval.

Please Note: This is an online workshop. You will be emailed a link before the event. Requires a computer, laptop or mobile device with audio.

Multi-instrumentalist, composer, and producer Marco Castillo was born in the capital of Samba, and specializes in Brazilian guitar and Latin music. After graduating with a Bachelor of Arts in Music at Estácio de Sá University in Rio de Janeiro in 1994, he instantly began touring South America with Brazil’s hottest bands.

Since moving to Canada in 2006, he has performed in festivals around the globe, and has recorded and produced a plethora of musical projects. Whether it’s his work as a solo artist, his full 8 piece “Brazilian Beats” band, or collaborations with the Winnipeg Jazz and Symphony Orchestras, Ron Paley’s Big Band, or artists such as George Coligan, Luis Carlos Batera (Banda Black Rio), and Kiko Freitas (João Bosco), Castillo always brings an unparalleled sound.

Castillo has three full-length CDs under his belt: Brazilian Season (2008), Trip to Brazil (2012) which was awarded World Recording of the Year in Regina as part of the Western Canadian Music Awards, and Zabelê (2014), which was also nominated in the WCMA. Marco Castillo was also a finalist for the 2015 Viña del Mar music festival in Chile, one of the most important music festivals in Latin America, which is broadcasted and seen by over 150,000,000 fans around the world.

Castillo not only has always a passion for his music, but also for spreading Brazilian culture, and sharing its unique rhythms and sounds. He always seeks to enrich his own knowledge, and is currently taking lessons with Jovinho Santos Neto, who played with Hermeto Pascoal for over 15 years. He teaches guitar, bass, Brazilian percussion, music perception, and music theory, and has been a member of Folklorama since moving to Winnipeg.