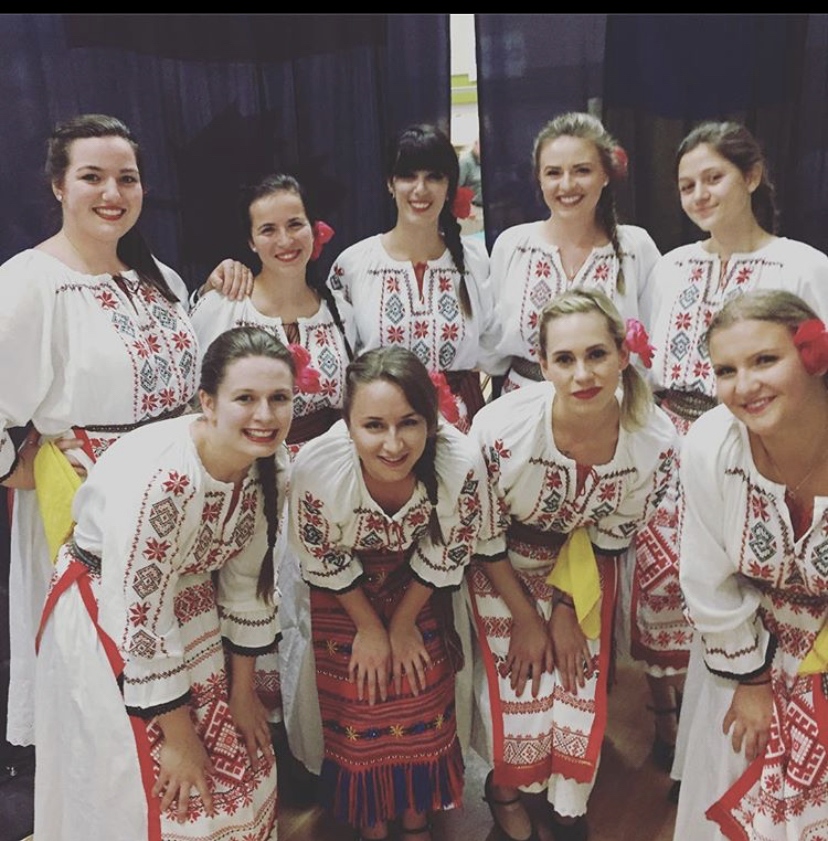 For as long as Isabela Giubega can remember, Folklorama has been a part of her life. With her mother from Chile and father immigrating alone from Romania, her family gravitated to the festival each summer. The two-week celebration allowed the Giubega family to have pieces of their home country and traditions here with them in Canada. When Isabela turned ten, the Romanian Pavilion rejoined the Folklorama family.

Isabela and her brother joined the Romanian children’s dance group and were able to learn traditional Romanian dances and dress in the traditional cultural attire. At the age of eighteen, Isabela asked to choreograph a couple of dances, as the girls around her age were getting too old for the children’s dance group, but were too young for the adult group. That was the beginning of Isabela’s deep love for the Romanian culture and Folklorama as a whole.

Isabela’s newfound passion lead her to become more involved in the dance group, the pavilion, and Folklorama. She took on the roles of assistant coordinator, entertainment chairperson, choreographer, social media chairperson, teacher, and adult ambassador, all while continuing to dance.

“Being an active part of my community means so much to me because it allows me to learn about my father’s culture and be closer to my family back home in Romania. My father came here all alone and had to leave everyone behind. Having the Romanian community around gave my father a second Romanian family and in turn provided my brother and I with a second family.”

Over the years, and under Isabela’s direction, the Balada Dance Team has grown into the robust group it is today. Since the pandemic caused the cancellation of the 2020 Folklorama Festival, Isabela dreamt up a new way to share the Romanian culture with the community at large in a safe manner: The Balada Dance Team presents #Romaniaathome, a social media campaign that brings Romanian culture right to people’s fingertips.

Isabela attributes her ambition to her roots and says her small but mighty Romanian community in Winnipeg is uniquely dedicated to celebrating their culture. The majority of volunteers take on more than one role in the pavilion to make it successful year after year.

“Because I have such a love for performing and being with my second family, dedicating countless hours creating dances, teaching, performing, celebrating culture via Social media and through other positions in the pavilion doesn’t seem like work at all. It is a joy that I am able to promote cultural diversity on stage and at events around Winnipeg.”