As a young dancer, Christine Lamontagne was presented with all kinds of opportunities that kept her enthusiasm for dancing flourishing over the years. Lamontagne performed at the Folklorama Festival for the first time at the age of twelve; she hasn’t missed a year of the festival since and has been involved with a number of pavilions, either as a performer or choreographer – where she has connected with people from many different cultures and made lifelong friendships.

“I think education is the most important factor in creating understanding, compassion, and acceptance”, states Christine. “Sharing our own culture with those of other cultures offers that opportunity. And in this sharing, we realize we’re really not that different! Many storylines, legends and histories are cross-cultural, we just don’t notice it if we don’t look past the shell.”

Lamontagne’s first-hand experiences lead her to seek out and offer opportunities to the younger generation, so they in turn can pass dance and performance knowledge along. In 2011, she found herself developing the dance school at the CCFM (Centre Culturel Franco-Manitobain) where there just happened to be a group of hard-working kids interested in promoting culture and creating a new youth troupe. 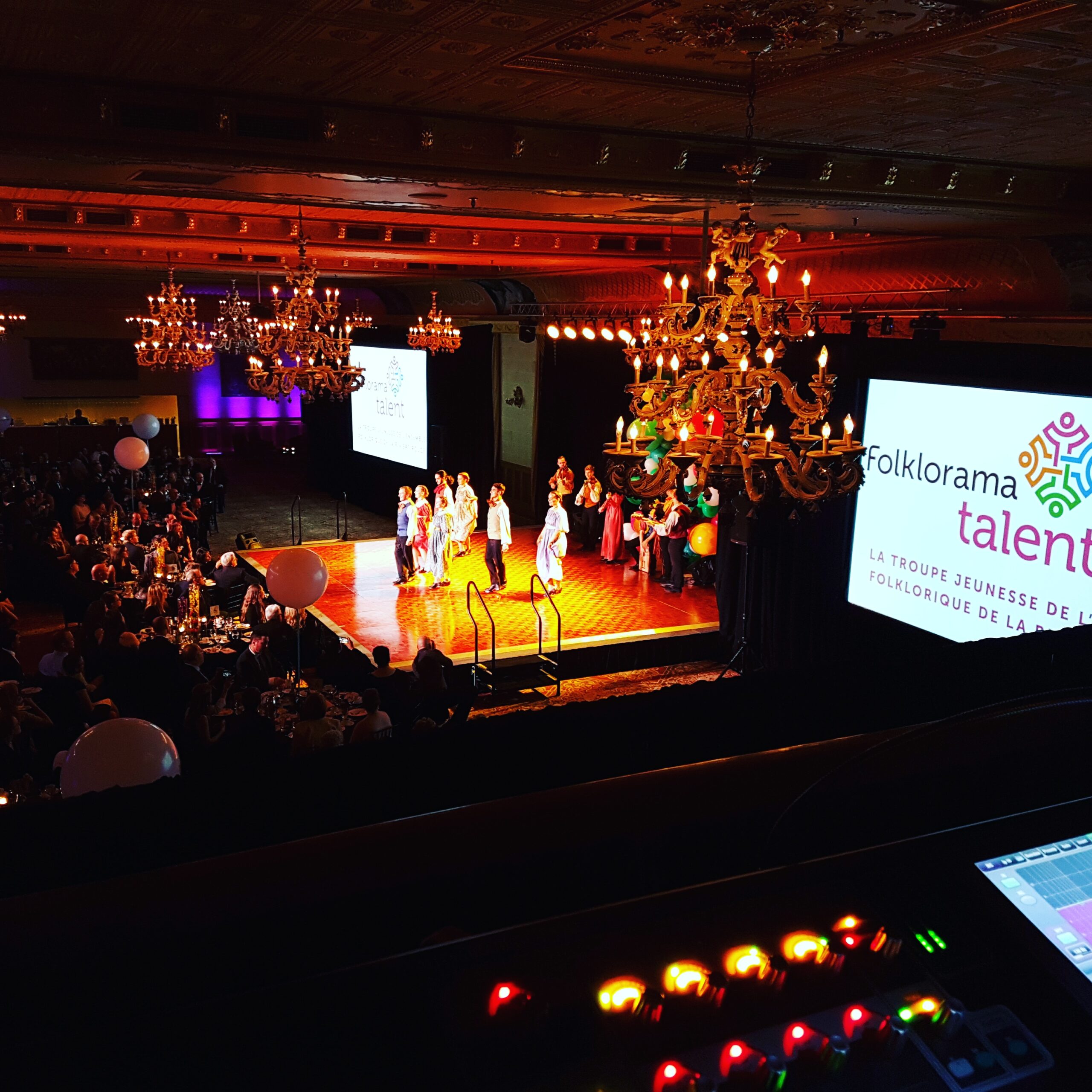 The kids in the group began recruiting friends and relatives and before Co-Artistic Director’s Christine Lamontagne and Jacqueline Jubinville knew it, they had twelve dancers capable of amazing things and La troupe jeunesse de l’Ensemble folklorique de la Rivière-Rouge was born.

The artists continue to share their French-Canadian and Métis culture through music and dance with feet tapping performances, keeping their traditions alive at home – during the Folklorama Festival and Festival du Voyageur – and abroad.

“I’ve been all over Canada, to France, the US, Indonesia, Costa Rica, Peru, Chile, and Mexico as a representative of Folklorama. Those were some of the best moments of my life!” states Christine.

La Troupe Jeunesse will be representing Canada on the World Folkloriada stage in Oufa, Russia in July 2021, pandemic permitting, and are looking forward to dancing together again in studio once code red ends.

Interested in joining the Folklorama family as a member?