For Youth, Led by Youth 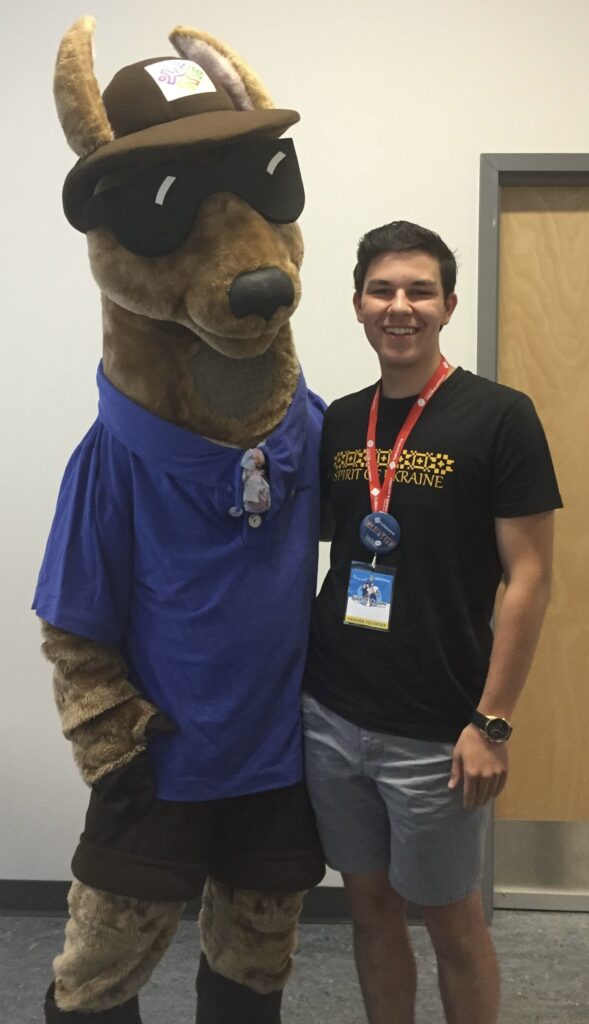 For over 50 years, Folklorama has brought people closer together by celebrating the diversity of the amazing cultural communities that they serve. It all started because of volunteers and has been able to continue because of them.

Peirce Kushnir-Dickson became a part of the Folklorama community in 2011, the year his dance group at the time, the Zoloto Ukrainian Dance Ensemble and Company, hosted the inaugural Spirit of Ukraine Pavilion. Seeing the sheer volume of work and energy poured into building and hosting a pavilion firsthand gave Dickson his first taste of the power of volunteerism.

“Ten years later, it still brings back great memories to think of all the group leaders, dancers, and dance parents who worked tirelessly to pull off the Spirit of Ukraine’s first year,” recalls Dickson.

During his second year of involvement with Folklorama, Dickson represented the organization at events, in the media, and during the festival as Youth Ambassador General. It was at this time that Folklorama’s Youth Committee, ran by the Board of Directors, reached out to Folklorama youth, and encouraged them to join. In January of 2018, the committee ran by the Board would eventually evaporate after the creation of Folklorama’s Youth Council, ran for youth, led by youth.

“Keeping tomorrow’s leaders engaged is important not only for succession planning, but because they bring fresh perspectives, diverse skills and strengths, and renewed energy to the table,” states Katie Green, Coordinator, Member & Festival Services. “The Youth Council is critical to the continued success of the festival and keeping the spirit of Folklorama alive.”

For Dickson, youth involvement in the festival, whether that be sitting on the Youth Council, volunteering with Team Folklorama, or working in the festival office, is a great way to meaningfully connect with community and festival valued by so many Manitobans.

“Folklorama allows people to engage with their cultural communities, learn about their neighbours, and celebrate the strength of Manitoba’s diversity and how powerful it is when we come together for a common goal.”

If you would like to get involved with the Folklorama Youth Council or Team Folklorama, please contact Katie Green, Coordinator, Member & Festival Services at kgreen@folklorama.ca.