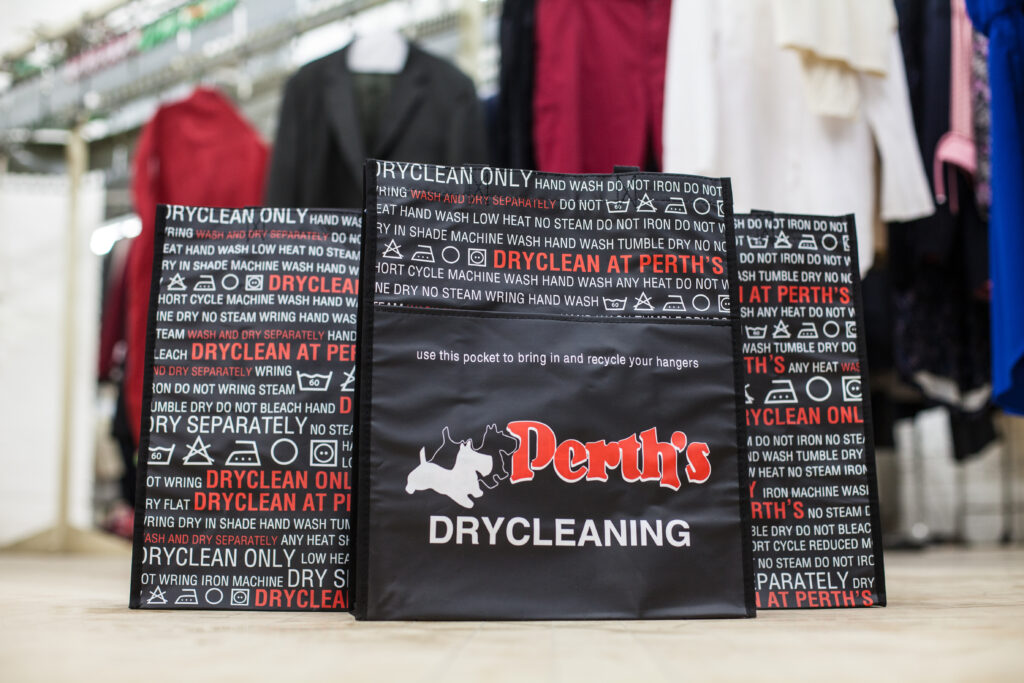 If you think about it…Perth’s and Folklorama were born to be partners.

Perth’s was founded in Winnipeg by a Russian immigrant, Nathan Portnoy. Nathan Portnoy, started at Fort Garry Cleaners and Tailors before 1914. After returning from service in WWI, he started Portnoy Brothers Cleaners.

Who knew in 1918 a service that offered cleaning would become popular?!

In the past, if clothing became too badly stained to wear, most people dyed it a darker colour. The practice was so widespread that major dyeing companies usually offered a range of mail order services to overseas accounts.

Pollards of Perth, Scotland, was a successful dyeing company that dealt widely in Canada; due to a large number of Scottish immigrants and descendants living in Manitoba, Pollards became particularly successful in this province. Nathan Portnoy saw a great opportunity and renamed his company Perth Dye Works, which we know today as Perth’s.

Today the company is still Winnipeg owned by President, Terrell Stephen of The Stephen Group Inc.

“With 14 Perth’s retail locations in every part of Winnipeg, including a 35,000 square foot plant, and over 90 employees, we all believe in community”, states Diana Emmons, Vice President, Perth’s. “Folklorama is part of our history, it’s part of our community – we have always been partners and will always be.”

The partnership with Folklorama dates back as early as 1993. Perth’s was and remains responsible for the Folklorama Llama, Pavilion needs, and more. But Perth’s partnership is important and goes far past the Festival in August.

“Perth’s provides gift cards directly to the pavilions taking part in the festival to provide cleaning services for cultural attire and other needs”, states Teresa Cotroneo, Executive Director, Folklorama. “When you are dealing with such important and delicate articles that mean so much, it’s wonderful to know Perth’s is there to assist and support.”

Whether it is the United Way’s Koats for Kids program where over 5,000 coats and parkas are distributed to children in need, Gowns for Grads, or assisting Folklorama communities with their needs, Perth’s is there to care.

Emmons beautifully sums it up.

“Being a part of Folklorama and celebrating culture in our community is rewarding. Watching a dance, walking through a cultural display, trying new food, it’s a special family to be a part of.”

Thank you, Perth’s, for being a partner of Folklorama for over 28 years!

If you or your company are interested in joining the Folklorama family, contact Kim Morphy, Manager, Partnership & Events, Folklorama at kmorphy@folklorama.ca.