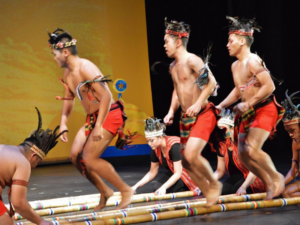 SYNERGY Dance Production was founded by Sheila Bughao in 2005 and started as a small hip-hop dance group in Winnipeg, Manitoba.

As the group grew over the years, SYNERGY became well-versed in translating their inspired concepts into unique and colourful dance routines. It wasn’t long until they began performing at a variety of events and dance competitions across Canada.

In 2007 and 2009, the group won 1st place at In the Zone dance competition in Winnipeg and took home 1st place in the 2008 Move Street dance competition in Vancouver, British Columbia. They have also been featured as the opening act for several Filipino celebrities concerts like Apo Hiking Society, Vhong Navarro, Vina Morales, Roselle Nava, and performed on the show Wowowin.

SYNERGY Dance Production has always pushed boundaries, which led the group to venture into mastering a variety of dance styles. Their unwavering commitment and enthusiasm to always reach for more are the driving forces behind why the group has successfully grown to learn and love the art and technique of cultural dances originating from several parts of Asia. They now specialize in a large variety of Philippine Cultural dances.

In June 2019, SYNERGY took their first steps onto the Fringe Festival stage here in Winnipeg, performing their famous “Bamboo” dances from Malaysia, India and the Philippines.

Today, SYNERGY is a non-profit organization comprised of 15 volunteers who have dedicated themselves to preserving culture and providing entertainment through a diverse range of dance and song.